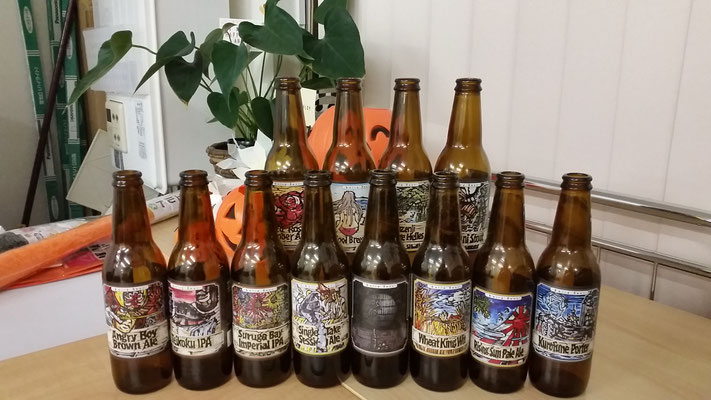 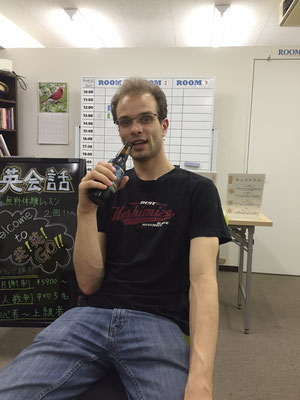 About a month or two ago, the staff here at 英!英!GO!! received a large cardboard box from a beer company in Shizuoka called "Baird Beer".

We were pleasantly surprised!

As I love beer and I love tasting different beers, I tried one of each different kind so I could write this review for you all.

So to make a very short and easy review, I could just say they are all delicious.

I will explain a little more than that!

The beers were a mix of dark stouts, light pale ales and more, and as such there were a lot of different flavours to enjoy. I personally enjoyed the Kurofune Porter a lot as it had subtle hints of chocolate and coffee flavours within.

Also, there were beers that were a little sweeter than I'm used to when drinking beer, but they were definitely great tasting beers.

The Rising Sun Pale Ale, and the Wheat King Wit beers were delicious with their citrus, and fruity flavours respectively.

One beer deserves a special mention, the Suruga Bay Imperial IPA was amazing, you can really taste the different kinds of hops used playing with your taste buds.

In the end, I have to say I thoroughly enjoyed all of the different kinds of beers, and drank them slowly over the last little while in order to be able to savour the flavours of each beer.

I will recommend visiting your brewery to anyone that will have the opportunity to visit that part of Japan, and I hope you can enjoy your work in the beer factory as much as I have enjoyed drinking your beer.

For anyone that is interested in researching the beers and the brewery, here is a link to their website: Http://www.bairdbeer.com